Born Broken, But Not Hopeless! 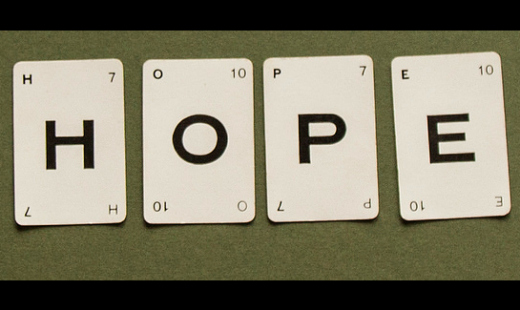 t’s been a difficult 13 years with our oldest son. Some would have told us to give up a long time ago. On paper he seems like a hopeless cause. But we’ve found hope. And we refuse to believe his story is over.

It’s not what we pictured when we became parents 15 years ago. We wouldn’t have looked at you and told you we hoped to raise a child with permanent brain damage. In fact, it was quite the opposite. Once we discovered the reality of his disorder we struggled. We’ve been to the darkest places of anger, frustration, and the finally, into the glorious light of forgiveness and redemption. We’ve battled tooth and nail against our son, with our son, and for our son. We’ve almost given up a few times….almost.

Our son was born broken. He was born with a critical area in his mind missing. Because his birth mother chose drugs and alcohol over a healthy pregnancy, it rendered him unable to reason, think logically, or choose rationally. This choice has held our family hostage more times than we can begin to count. It’s causes us to hide in our own house for fear of judgment from neighbors. It’s caused us to live within structure so intense, that our other children went for years without a normal childhood.

For years we struggled to tell our story with honesty. We feared judgment, and ridicule. Fetal Alcohol Spectrum Disorders are widely judged and misunderstood. A lot of stigmas surround this disorder and, frankly, we feared all of it. But then we realized how not alone we really were on this journey, and that gave us the courage to speak up, and speak out. We decided to fight with our son, instead of against him. We decided to advocate for FASDs, to help give it a voice worldwide.

Today, Kristin’s new book, Born Broken: An Adoptive Journey is available. We are so excited to release this to the world. Written as a memoir, the book chronicles our journey in raising a child with Fetal Alcohol Spectrum Disorder. It’s a real-life look into the battle you often find yourself in when parenting through this disorder. It takes you to the darkest places of trauma, but leads you into the light of hope and redemption. We believe in the power of this book because we know the power of hope.

Kristin’s tenderhearted memoir of raising her adoptive son Alexander drew me in, and I found myself bartering, “Only 3 more pages, then I have to get the dishes done.” And then of course, I read the whole next chapter, wholly ignoring the chores that needed my attention.” ~Rachel, adoptive mother

Born Broken is an authentic, painful account of one family’s journey through fostering and adopting a son with fetal alcohol spectrum disorder. Kristin’s words captivate the reader, drawing them into a less than picture perfect story that clearly mirrors the love Christ has for his children. It is a must-read for any foster/adoptive parent as well as those who desire to love them well and walk alongside them on the arduous journey.” ~Murray, adoptive father

As a mother of 2 bio kids, 2 adopted kids and 3 permanent fosters, with various issues and difficulties including suspected FASD with 2-3 of them – I could relate to many of the scenarios in this book. It was awesome to feel like someone else understood the struggles I face. Superbly written, heart-wrenching and yet encouraging – so real!! I love this book. It was hard to focus on anything else that I needed to do as I just wanted to keep reading. Thanks for the opportunity to hear your story.” ~Tracey, adoptive mother

Our hope and prayer is that you find encouragement and hope through our story. And may you realize from reading Born Broken that you are not alone, and your child’s story is far from over!