1.  Alcohol is a teratogen that readily crosses the placenta and damages the central nervous system and other organs and may impair prenatal and postnatal growth (Fitzpatrick & Pestell, 2016)

2.  When a mother consumes alcohol during pregnancy, the blood alcohol of the fetus is the same or higher than the mothers (Bower & Elliott, 2016)

4.  Only 41% of allied health and medical professionals are confident in asking about alcohol use during pregnancy which contributes to the under-diagnosis of FASD (Payne, Elliott, Bower et al., 2005).

5.  FASD is recognised as the leading preventable cause of birth defects and developmental and learning disability worldwide (Mather, Wiles & O’Brien, 2015).

6.  92% of individuals living with FASD will have a co-occurring mental illness, with depression and suicidal ideation being the most common (Thanh & Jonsson, 2016)

8.  The ‘spectrum’ of birth defects is due to the quantity of alcohol consumed, how frequently it was consumed and the timing during the gestation of the pregnancy it was consumed (May & Gossage, 2011).

12.  Women have articulated that peer pressure & not wanting others to know they are pregnant, insufficient education and the enjoyment of alcohol as reasons they felt giving up alcohol during pregnancy would be hard (Tsang & Elliott, 2017).

13.  Life expectancy at birth for people with FAS is 34 years old with the leading cause of death being suicide (Thank & Jonsson, 2016).

15.  1/3 women are unaware of the dangerous effects alcohol has on a developing fetus (Paedon, Payne, Bower, Elliott et al., 2008)

16.  Problems that emerge in childhood do not disappear with age, but rather form the development of additional and possibly more severe disorders later in life (Pei, Denys, Hughs & Rasmussen, 2011)

18.  Facial dysmorphology only occurs when alcohol is consumed during the first trimester (Feldman et al., 2012)

21.  FASD occurs in all cross-sections of society, wherever there is alcohol there is FASD (Fitzpatrick & Pestell, 2016).

23.  There is no threshold for prenatal alcohol exposure required for diagnosis of FASD (Bower & Elliott, 2016)

24.  1 in 4 pregnant women continue drinking during pregnancy, & of these, 96% report drinking 1 or 2 standard drinks (defined as 10g of ethanol) in a typical drinking session (2013 National Drug Strategy Household Survey, 2014) 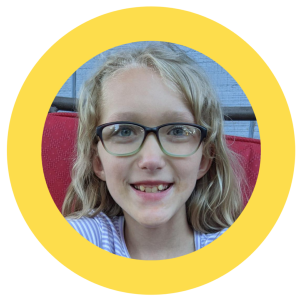